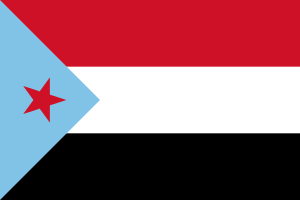 Ahmed Bin Fareed was born in the city of Al-Saeed, Shabwa province in southern Yemen. He left Shabwa to Najran Saudi Arabia after his father Omar Ahmed Saleh Bin Fareed was assassinated by the communists (YSP) in 1971. Completed his education in Saudi Arabia and graduated from King Saud University in 1990. He returned to his home land and lived in Aden south of Yemen in 1997. He was the president of the Ray (رأي) political party. He resigned from the party in 2007 to join the formation of the Southern Movement (Al-Hirak).

In 2007 Ahmed Bin Fareed joined the Southern Movement and became one of its prominent leaders. He led peaceful protests in the south calling for justice and demanding government of Yemen to address southern grievances; where he recited the famous Southern Movement pledge: القسم

He was also the catalyst behind the southern “Forgiveness and Reconciliation” campaign that brought southerners with political grievances together to forgive and forget their vengeance and differences as result of the South Yemen Civil War of 1986.

He contributes articles to Aden Alghad, Aden Time, and other southern Yemeni newspapers. [4] [5]