Ajayi Abiodun (born 31 December 1992) is a Nigerian footballer who plays as a forward for Apex Football club in Nigeria. Abiodun has been the highest goal scorer for his team both in Ila Orangun Babs and Dynamic Football club. He has played for Nigeria College of Education game in Nigeria, and score the highest goal in the team.[1]

Abiodun joined the local football club. After a year with the club, he moved to bukola FC in Kwara state Ilorin. In the year 2010, Abiodun plays for Morning Star FC before he finally moved to Apex Football Academy.

For the 2010-2011 season Abiodun played for Apex Football Academy in Nigeria. After his maiden season with APEX, Aiodun won best striker of the year after score 11 goals. 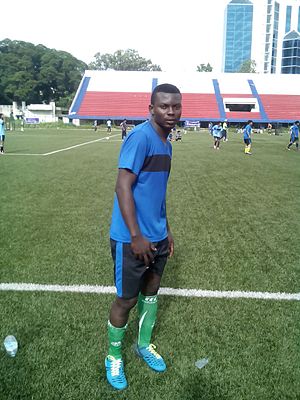